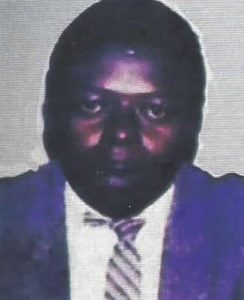 Paul Chunun Logams was born on the 15th of May, 1949 to the family of Da Chunun Sambo Logams and Ngo Zong Chunun Logams of Fan District of Barkin Ladi (Gwol) L. G. A. Of Plateau State, Nigeria.

Paul Chunun Logams proceeded to the Advanced Teachers’ College (ATC) Kano where he obtained the National Certificate of Education (NCE) in the year 1972. His quest for education further took the youthful Paul to the famous Ahmadu Bello University (ABU) Zaria where he graduated with a B. Sc. in (Social Science) Government in the year 1975.

Paul Chunun Logams, now a trained teacher by all ramifications, had his mandatory National Youth Service Corps (NYSC) assignment with the Umuopara Secondary School in Imo State in the Year 1976. Dr. Logams, who was an exceptionally brilliant scholar, attracted the Plateau State Government Scholarship for M. Sc. Studies for his M. Sc. studies in Politics with the University of Strathcylyde, Glasgow — Scotland in the year 1980. Having completed his M. Sc. in Politics, he proceeded to the University of Keele, England for his PhD. In Politics, this he completed in the year 1985 and was then known and addressed as D. Logams.

WORK EXPERIENCE
Dr. Paul Chunun Logams was a teacher throughout his working years. He started with the mandatory one (1) year National Youth Service Scheme (NYSC) where he was on a teaching assignment with the Umuopara Government Secondary School, Umahia, Imo State from 1975 —1976.

Upon completion of his NYSC, he was given the position of Graduate Assistant with the Bayero University College, Kano where he taught from 1976 — 1982. He was then engaged with the University of Jos as an Assistant Lecturer on study leave until he completed his PhD Doctoral Dissertation in 1985, after which he was upgraded to the rank of Lecturer II.

The Late Dr. Logams went on National assignment to the Ibrahim Badamosi Babangida (IBB) Postgraduate School of International Studies, Monrovia, Liberia in 1989. The assignment was to last till 1991 but was however interrupted by the Liberian Civil War.

In October 1992, Dr. Logams was appointed Senior Research Fellow at the now defunct National Council on Intergovernmental Relations (NCIR), Abuja and while attending a conference on behalf of NCRI in 1993 suffered a stroke while he never recovered from until his death on the 26th of January, 1997.

Dr. Logams doctoral thesis —The Political Development of the Middle Belt, a study in Political Identity: 1949-1967 has become magnum opus and remains a reference point till date.