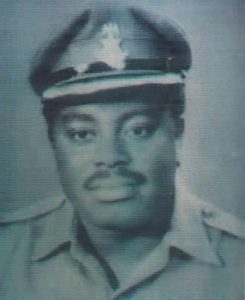 Lt. Col. James Yakubu Gyang Pam was born in Jos, on November 23rd 1933 to a renowned farmer, Pam Sagok and his wife Chundung Tsok of Du district. He attended Central School, Pankshin and St Paul’s Primary School, Jos. On completing his primary education, he was admitted into Barewa College, Zaria for his secondary education. He did very well and received an “Exemption from the London Matriculation”, an honour reserved in those days for students who excelled.

James Yakubu Pam thereafter enlisted in the army. He attended the Regular Officers’ Special School in Teshie, Ghana for 6 months before proceeding to Cadet School Eaton Hall in England, for further military training. He was admitted to the Royal Military Academy Sandhurst, England for his full officers’ training and received the Queen’s Commission as a 2nd Lieutenant in 1955.

He was the first Nigerian Artillery Officer and the first Military Officer from the Middle Belt to be commissioned.

He returned to Nigeria as a full-fledged officer under the West African Frontier Force (WAFF) as “2Lt JY Pam No. WAFF45” (which later became N/14 when the Army was nationalized). He served as aide-de-camp to the Governor-General of Northern Nigeria, Mr Sharwood-Smith as a second lieutenant. He married Elizabeth Anti Daniel on 20th April 1956, at St Christopher’s Anglican Church, Kaduna.

Lt Col JY Pam attended several courses overseas during his military career including the Joint Services Staff College (JSSC), Camberley, England. He served in several military units including the Gunner Battery, 5 Battalion NA, Kaduna and 2 Brigade, Apapa. He became the first African to command the 3 Battalion Nigerian Army, Kawo, Kaduna and later became the Adjutant-General of the Nigerian Army the position he held until 15th January 1966 when he was killed in active service during the first military coup d’etat in Nigeria.

Lt Col JY Pam also participated in several military operations which included operations in the Southern Cameroons, the United Nations Peace Keeping Force in the Congo, the Tiv riots, and the suppression of mutiny in Tanganyika (now Tanzania). He also successfully led the Team that re-trained the Tanganyika Army in 1964.He was honoured with a lion skin and a shield by President Julius Nyerere.

Lt. Col JY Pam’s astute leadership quality was displayed in the manner he handled the sensitive assignment of containing the Tiv riots of 1964. Prior, to his deployment, the army had been drafted thrice to Tiv land following the failure of the police to put down the riots.

On November 18th 1964, in accordance with the powers vested on the Prime Minister for the use of military forces in the maintenance of public order, Sir Abubakar Tafawa Balewa ordered the army “to take immediate steps to ensure a return to normal life” in the crisis-torn Tiv division. The 3rd battalion, Kaduna commanded by Lt. Col JY Pam, fresh from Tanganyika, was drafted to subdue about fifty thousand rioters backed by politicians and a sympathetic local population. The operation was code-named Adam III.

It soon became apparent that the disturbance had gone beyond civil disturbance to armed guerilla warfare with a distinct “military air”. Lt. Col James Yakubu Gyang Pam used the “cordon and search” strategy to great effect. Within a fortnight of their arrival, soldiers had arrested one hundred and twenty-two (122) rioters, and confiscated a large quantity of weapons.

Within a month of his arrival, relative peace returned to Tiv land and markets began to function normally. Indeed, by December 30th 1964, Federal elections were held peacefully.

In 1965, he was awarded the National Honour of Member of the Order of the Federal Republic (MFR) in recognition of his meritorious service. Unfortunately, he was killed before formally receiving the decoration as a result of the coup d’etat of January 15th1966. Nevertheless, the medals were subsequently awarded to him posthumously.

Lt. Col James Pam’s distinguished career and sterling qualities inspired many and brought honour to the Berom nation. His love for Beromland and Nigeria was always on display.

Lt. Col James Yakubu Pam MFR jssc+ is survived by six children who have distinguished themselves both nationally and internationally; twenty-six grand-children and thirteen great grand-children, working and living in four continents. 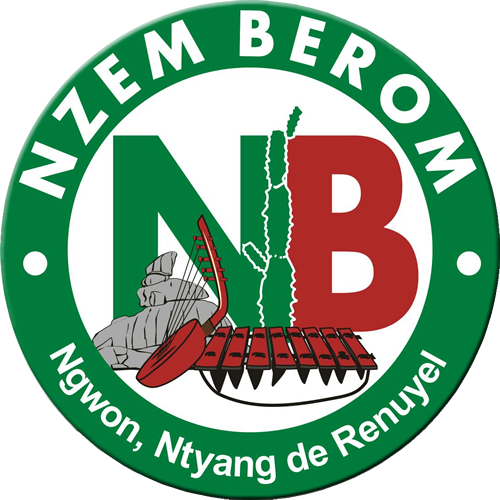